Flirting!!! I was thinking about that...as a SINGLE person, there is JUST SOMETHING about FLIRTING!!! LOL!!! I mean lets all be honest...its FUN in the right context of course! Ya know what I mean, that harmless, fun teasing between a guy and girl...ahhhh...FUN TIMES!!! HAHA!!! I mean think about it you know when you just feel that SPARK...that chemistry??? Your just like OH WOW!!!
. 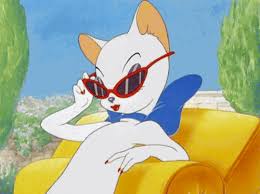 ♥
Get beyond a half-hearted relationship with Jesus!!! LOVE HIM WITH ALL YOUR HEART!!! Embrace Him fully and completley...
with a burning, blazing, fiery passion ignited from within you!!!
"And thou shalt love the LORD thy God with all thine heart, and with all thy soul, and with all thy might." (Deuteronomy 6:5)
♥Mary Frances :)
Posted by Mary Frances at 5:00:00 AM