Sooooooooooooo we're leaving at 5am in the morning for AMA camp a few weeks ago and you have to bring all your own bedding, so we had put them in garbage bags. Weeeeeeeellll come that Monday morning and we're carrying everything outside and my sister tells Odin, take this bag outside!
.
Soooooooo Odin takes it out and is like, Okaaaaaaay i'll carry it to the trash can...
LIIIIIIKE A MAN!!! 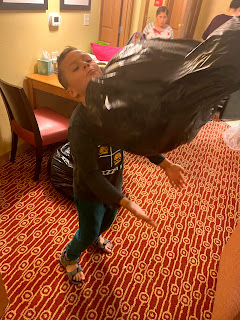 My sister and I in UNISON are liiiiiike, NOOOOOOOO! He's like what guys? I'm just being a man like Pastor says we should! I'm just MANNING UP!!! We're, like and we do want you to be a man, BUUUUUUUUUUUUUUUUUUT that is NOT TRASH!!! It's all our bedding!!! Carry out to the church van, NOT THE TRASH!!!
Sooooooooo he carried it like a man to the van...which consisted of also pretending it was a huge, giant, basket ball!!! HAHAHAAA!!!
♥Mary Frances :)
Posted by Mary Frances at 12:00:00 AM