Soooooooooooo I had told my sister that I wanted a kitchen torch...I know, I know,  your all thinking, THE LAST THING MARY NEEDS IS A KITCHEN TORCH...buuuuuuut whatevs...to like make food all fancy and make creme brulee!!! Weeeeeellllll, she got me one for Christmas annnnnnnd I decided to use it for the first time in March to make creme brulee for Denae's birthday!!!
.
You guys let me tell you something, I cooked that creme over the stove top and I tasted it and it was sooooooooooooo bomb!!! I was liiiiiiiike T, you HAAAAAAAAVE to taste this!!! of course she was like, does it have raw egg??? I was liiiiiiiiiike IDK if its still raw at this point buuuuuuuut who cares!!!
TAAAAAAASTE IT!!!! 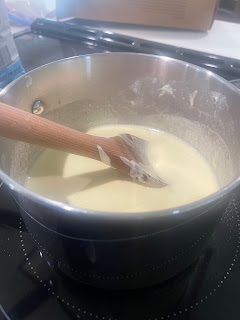 Sooooooooo my sister through caution to the wind and tasted it and let me tell you guys something...she was soooooooooooo impressed!!! I can't remember her exact words buuuuuuuuuuuut I KNEW she loooooooved it!!!! Weeeeeeeeeeeeeeeeeelllllll this got me to bragging and NOT SHUTTING UP ABOUT IT!!!
.
OMW!!! See i'm sooooo the best thing everrrrr!!!! Now I can add CREME BRULEE to my list of Kitchen accomplishments!!! My sister was like, can you please stop bragging about it until you've actually finished making it because every time you brag about your cooking God has to teach you a lesson and something gets ruined and that stuff was GOOD... I'd like to ACTUALLY be able to eat it!!!
.
BUUUUUUUUUUUUUUUUT if you all KNOW ME, the mouth did NOT STAY SHUT!!! I continued to talk about the awesomeness of my creme brulee as I put them in their little brulee dishes and into the oven!!!! Then I decided to actually open up my kitchen torch and figure out how to use it and after about 10 minutes of NO FIRE coming out...we finally realized that you have to buy the gas or some kinda little tank for the torch seperate which is sooooooooo ANNOYING!!!!
.
I was liiiiiiike weeeeellllll NOW HOW AM I GOING TO BRULEE THE TOP OF THE CREME BRULEE???? Ooooooooooo I KNOOOOOOW!!! I'll use the candle lighter...I mean its all fire right???? sooooo i sprinkled the sugar on top and put the candle light over it...
.
WRONG!!!!
That candle thing literally did NOTHING!!! apparently a kitchen torch is A LOT HOTTER than a candle lighter!!! The sugar just sat there NOT melting at all!!!
.
At this moment I HAD A CHOICE!!! I could either just except the fact that my custard was NOT going to have bruleed sugar on top buuuuuuut hey it was baked and still delicious OR I could TRY ONE MORE IDEA to BRULEE THAT SUGA!!!!Weeeeeeeeeeeeeelllllll...
.
YOU KNOW WHICH ONE I PICKED!!!
I had thought, WHAT IF I put the baked custard that has the sugar on top, back in the oven, on the top shelf annnnnnnnd put the oven on BROIL for 2 minutes???? I BET THAT WOULD MELT THE SUGAR TO BRULEE!!!
.
Weeeeeeeeeeeellllllllll I was very proud of my idea, I put the tray of little custards into the oven and set the timer for two minutes!!! After one minute I peaked in and nothing really yet buuuuuuuut I saw signs of the sugar melting!!!
.
YOU GUYS, I DO NOT KNOW WHAAAAAAAAAT HAPPPPPPENED BETWEEN 1 MINUTE AND TWO MINUTES....buuuuuuuuuuuuuuuuut BEFORE TWO MINUTES WAS UP.... I was screaming....
FIIIIIIIIIIIIRE!!!🔥 FIIIIIIIIIIRE!!!
FIIIIIIIIIIIIIIIIIIIIIIIIIIIIIIIIRE!!!🔥 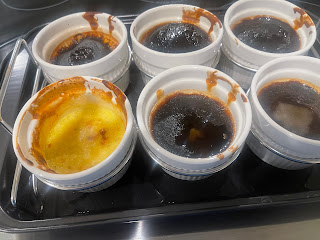 Thankfully my sister was sitting right there at the kitchen table...probably doing paperwork...she practically just rolled her eyes while I ran around screaming...she says, at this point I don't even know how you manage to NOT burn the house down when I'm not home!!!
.
I'm liiiiiiiiiiiiike, WHAAAAAAT SHOULD I DO????
water??? Water!!! SHOULD I GET WATER???  💦💦💦
.
She says no, then she calmly opens the oven and blows out the fire!!! I was liiiiiiiike whaaaaaaaaaaaaaaaaaat??? and just like that the FIRE IS OUT!!!!
.
I'm liiiiiiiiiiiiiike OOOOOOOH THAAAAAAANK YOU JESUS!!!
.
She's just liiiiike I told you NOT to brag about them until they were ACTULLY DONE!!!
.
And for about two seconds I was humbled about my cooking...THEN my sister said the words that changed EVERYTHING!!!! She says, you know WHY I said NOT to get water to throw on them??? I was liiiiike WHY??? Would it make the fire worse or something??? She says, NO, because I knew they weren't completely ruined and I still wanted to eat one!!!!
.
I was liiiiiiiiiiiiiike, SHUUUUUUUUT UP!!!! That's HOW GOOD OF A COOK I AM??? THAT YOU ACTULLY RISKED BURNING DOWN YOUR HOUSE TO EAT MY FOOD!!!!!!!!!
.
I will literally NEVERRRR
SHUT UP ABOUT THIS NOW!!!
.
Annnnnnnnd guess what??? They really were STILL GOOD!!!! 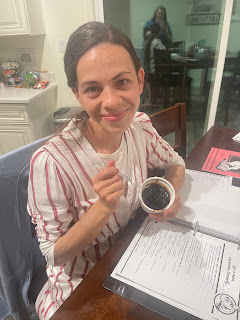 A little extra bruleed buuuuuuuuuuuuut underneath the creme was still basically PERFCTO annnnnnnnd  we ate them all at Bible study that night!!!! 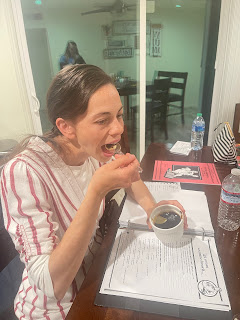 Denae and God excepted
MY BURNT OFFERING!!!!
(Well actually i'm NOT sure about God...He may still have a few lessons for me!;)
♥Mary Frances :)
Posted by Mary Frances at 12:00:00 AM