Soooooo MJ and I were retelling my sister this story at Scottsdale Fashion Square…
.
Soooooooo we’re in the mall and there is this EXTREMELY HANDSOME police officer walking towards us… Tall, dark and chocolate 🍫;) weeeeeeeeeellll obviously im NOT BLIND soooooo yeah I noticed his looks buuuuuuut i wasn’t going to do anything either except keep walking, cuz well DUH he doesn’t live for God!!!
.
Soooooooo right as we get up close to him he smiles and raises his eyebrows at me in a very flirtatious way!!! Weeeeeeeellll I’m not gonna lie, my heart kinda fluttered, buuuuuuut I did NOT do anything, I just kept walking, liiiiiiiike a good, not-so-little, Apostolic, Pentecostal, Holy Ghost filled woman of God should!!!!!
.
Weeeeeeeellll I didn’t think MJ had even noticed his flirtatious gesture to me, buuuuuuut as soon as we got out of ear shot she was liiiiiike, ok that was soooooooo creepy!!! I was like oh you saw that??? She’s like, YES!!!! He was flirting with you and he’s a POLICE OFFICER!!! He’s in his uniform and he’s supposed to be working, NOT RAISING HIS EYE BROWS AND SMILING AT YOU!!!
..
Soooooooo my sister is laughing and she’s like, so did you smile back?!? I was liiiiiike nooooooo!!! I had originally planned to give him a friendly, respectful little smile, just to show my support and respect to the police officer, I mean BLUE LIVES MATTER, buuuuuuut when he did that, I figured I better not show any sign of friendliness back just cuz ya know!?!?
.
Weeeeeeeellll when Odin hears that I didn’t smile at a police officer, he looks at me APALLED!!! He’s like, AUNT MARY, I can’t believe you didn’t smile at the police officer!!! Sister Abbott said that we should always be nice to police officers because they are good and they protect us!!! He says, NEXT TIME, you need to smile at the police officer!!!!😂😂😂
.
Soooooooo if you guys randomly start seeing me smiling at handsome police officers, it’s ONLY BECAUSE…
.
Odin said that…
Sister ABBOTT SAID!!!😇 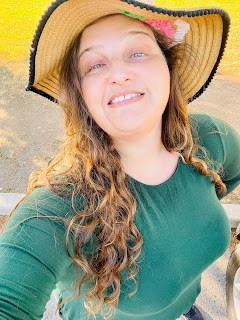