Heritage 2015 -A Historical moment in Pentecost!!! 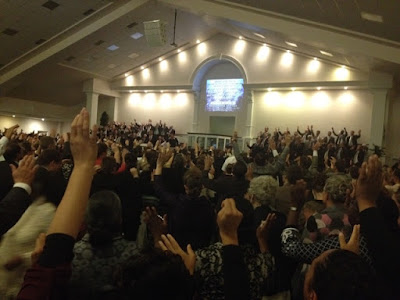 (Picture stolen from THE KIFLE CHORONICLES...you guys are to good of friends to have me arrested for this!!! Hee, hee!;)
.
#6 Blessed!!!
It was such a blessing to me to NOT ONLY be blessed by God myself, buuuuut to see all my friends as well being blessed!!! God binding us together in prayer, uniting our hearts and spirits together as sisters in the family of God! I can't tell you how blessed I was to see Hanna literally being SO BLESSED BY God!!! I'm telling you all, the moment Bro. Foster was done giving that interpretation, BAM, the Holy Ghost just like literally hit Hanna full force...Like a Holy Ghost semi crashed into her and a Holy Ghost dump truck poured out on her!!! I was like WOW!!! And I was just blessed to have some of it fall off of her and onto me!!! Like, LORD, just let me have my lil sista's crumbs!  I was just so happy for her! We all have memorial moments in our lives and I know this was for sure one for her!!! (You can read her Heritage post HERE! Its, WAAAAAY more organized than my version!!! LOL)
.
#7 THERE IS A GOD!!!
Ok, sooooo first of all, lets clarify that its NOT like I didn't already know and believe that there IS a God before this conference, it just strongly reinforced what I ALREADY knew!!! This is what I got...You know what, people try and try and try over and over again to use logic and scientific evidence to prove or disprove that there IS or ISN'T a God!!! And those are some good tools to use when trying to prove the existence of God, YES, buuuuuut put all that aside, ONE MOMENT in God's presence, is ALL I need to know, THAT THERE IS A GOD!!! After feeling the AWESOME feeling of God's spirit, I just thought to myself, I don't need ANY OTHER EVIDENCE to know that GOD IS REAL!!! I know He is REAL because I've FELT HIM!!! I don't care what new evidence or theory that this world comes up with, I KNOW JESUS IS REAL!!! Not only do I talk to him...HE talks to ME!!! He's real!!! HE'S REAL!!! THERE IS A GOD and His name is JESUS!!!
.
#8 Historical Moment!!!
Did I mention to you all that this conference will be marked as a Historical Moment in the history of Pentecost??? Weeeeeeeeeellllll...Let me tell you again...IT WILL BE...MARK MY WORDS...HERITAGE 2015...HISTORICAL MOMENT!!! Make a memorial!!!
.
"And God said moreover unto Moses, Thus shalt thou say unto the children of Israel, The LORD God of your fathers, the God of Abraham, the God of Isaac, and the God of Jacob, hath sent me unto you: this is my name for ever, and this is my memorial unto all generations." (Exodus 3:15)
.
"And the LORD said unto Moses, Write this for a memorial in a book, and rehearse it in the ears of Joshua:..." (Exodus 17:14)
.
"And this day shall be unto you for a memorial; and ye shall keep it a feast to the LORD throughout your generations;..." (Exodus 12:14)
.
Lets NOT forget this conference EVERRR you guys!!! Lets make a memorial to remind us in the future, for good and bad times and a story to pass on to our children!!!
﻿
♥Mary Frances :)
*To see more about Heritage 2015, go HERE or HERE or HERE
Posted by Mary Frances at 3:39:00 AM