I remember at about 11 years old going to Jr. Camp and having this HUGE crush on this guy that was a "Staff" member at camp...he was like a whole WOMPING 13 years old annnnnnnnd WOW was I smitten with him!!! He had the most dreamiest eyes I had ever seen, I was just in AW of this hunk of what I thought at the time was extreme manliness but realize now he was just a little twirp!!! HAHA!!
.
Anywayz, that whole week at Jr. Camp my sole focus was on HIM!!! How many times I would walk by him and THINK FOR SURE he was looking at me...Maybe...WAS HE???? Last night of camp I did my hair up looking SOOOOO GOOD...well...I can imagine how good at 11 it could look...ANNNNND I was FOR SURE he noticed me...HE EVEN asked me for a drink of my soda...AHAHAHA...this guy would do that...get down on ONE KNEE and ask a girl for a drink of her soda so that he didn't have to buy HIS OWN!!! BAHAHAHAHA!! Of course we were all smitten and WANTED his cooties so we we would say, SURE!!! Meanwhile, we were just getting gyped...AHAHHAAHAHAHA!!! Annnnnd THE LAST NIGHT, when he FINALLY ASKED ME for a drink of my soda..WOW... I thought FOR SURE it was because he FINALLY NOTICED ME!!!
.
Fast forward to a few years ago, I'm serving food at our church after something we were having and this GUY, who is now a grown man, married to a beautiful, Godly woman with a bunch of kids, in the ministry, thankfully he's moved on from mooching free drinks off of smitten girls...bahaha...
.
and he's just making conversation with everyone, its a Sunday night, the next day is Monday and I was kind of yawning as I served, He's like, All fatherly like to me, OH do you have to get up early for school tomorrow??? I was like, Uh...nooooo...He's like, OH they're letting you guys off tomorrow? In my mind I'm like, OMW, this dude thinks I'm still in HIGH SCHOOL!!!!AHAHAHA!!! I'm just like, oh yeah they are. He's like oh that's nice, good that you don't have to get up so early in the morning tomorrow, you can sleep in! I was like, WOW!!! Yeah, its a good thing! AHAHAHAHAHAHAHA!!!
.
Then I was telling my sister about it later on! I'm LIKE, Duuuuude THERESA!!! Bro. Ching-chong thinks i'm STILL IN HIGHSCHOOL!!! She's like, aren't you guys around the same age??? I'm like, Uh YES!!! I had like THE BIGGEST CRUSH EVERRRRR ON HIM at Jr. Camp one year!!! APARENTLY, considering the fact that he still thinks im a teenager RIGHT NOW, it was very much a one-sided crush!!! I'm like,
\ I always WONDERED back
then IF he had noticed me!!!! 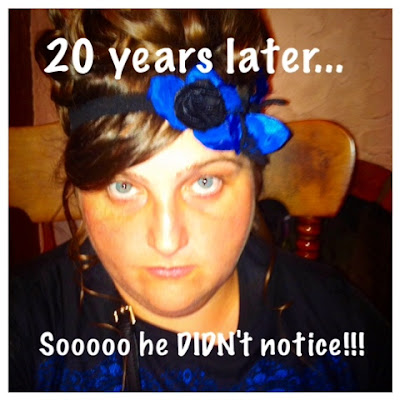