Part 1
I was thinking about another story the other day from WAAAAAAAAAY back in the day, I was probably in my early 20's at the time, and I had a rumor that a certain you man that like me was going to give me a VERY BIG BIRTHDAY PRESENT...this may or may NOT be the same guy from, "Just Two Cups Of Water" My brother's all told me, he said he's going to give you $100!!!
I was like, WHAAAAAAAAAAAAT??? I mean, that may NOT seem like an EXTREMELY big gift, buuuuuuut when you have NO INTEREST in the guy, it KINDA IS!!! LOL!!!
.
Well I was superrrrr excited about this gift, I mean, being jobless at the time, the possibilities for what I could do with $100 seemed ENDLESS!!! I couldn't wait...$100...better NOT let mom find out about this!!! Hee, hee!!!
.
It turned out that on my birthday, July 18th, (mark your calenders folks;) this guy wasn't even going to be here. Him and my brothers and several other guys from our church were going on a missions trip overseas...AW bummmmmerrr...no $100 for Mar Bear!!! Then my brother's told me, no, he said he's  going to leave your birthday present at the house when we leave early in the morning!!!
.
So the guys left for the airport at like 4am annnnnnd there was NO WAY I was getting up that early to see them off!!! Buuuuuuuuut when I woke up that day, sure enough, sitting by my pillow was a beautiful gift bag with a card.
.
I was like YEEEEEEESSS$$$!!! I didn't really care what trinket was in the gift bag, OF COURSE the first thing I did was tear open the card.
.
I opened up the card and it was some flowery-rose card with eloquent poetry, blah, blah, blah, I didn't bother reading it or ANYTHING that was written in the card...buuuuuuuuuuut much to my dismay, there was NO $100 in it! Whaaaaaaaaaaaaat???? It was such a fancy card it had all these little layers of pretty papers and I searched EVERY LAYER AND STILL NO $$$$$$!!! Ugh!!!
.
Weeeeeeeellllll maybe it was in the gift bag, like in a box or something!!! I open the gift bag and all that's in it was a FANCY ROSE PICTURE FRAME...with a picture of THE TWO OF US IN IT!!! I'm like, seriously??? A picture of us??? I don't want no picture of US...I don't even look good in the picture...LOL
.
Oh well, I shoulda known a $100 gift was just all talk!!! Not wanting to clutter up my room, (See how organized I am?:) I simply walked into our kitchen and put the whole gift in the trash can, CARD AND EVERYTHING!!! Then, I just went about my day...ta, ta!!!
. 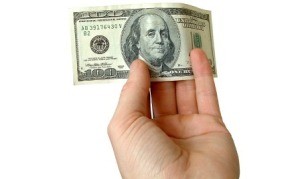