FOUR YEARS LATER...
Sooooooo four years later, us in the youth group were all riding in a mini van to a youth conference. We got to talking and of course we all started telling funny, "Remember When..." stories!!! Eventually someone was like, Hey Mary, remember when that one guy (We’ll leave out his name just to be good and don't worry this guy is NOT around anymore so it's not like he's going to be reading this and even if he did-if you knew him you'd understand that it REALLY doesn't even matter-you would JUST HAVE TO KNOW HIM to understand!!! LOL) gave you that $100 for your birthday???
.
I'm like, Oh yeah, and I threw it away 🚮because it was hidden behind the picture of us, in a frame that I didn't want, ANNNNNND all of the sudden I got a crush on him, they're like, buuuuuuuuuut when the MONEY WAS GONE, SO WAS THE CRUSH!!!!
.
So we're all like laughing hysterically, DON'T WORRY, The guy wasn't with us!!! (I think he was long gone at this point!) So one of the guys, MARK was like, I don't think I've ever actually heard this story before! We're like, WHAT??? So we retell him the whole story and now Mark's laughing with us, then he's like...
.
Soooooo when did this happen??? We're like, oh quite a few years ago, right before they all went on that missions trip! Mark's like, WAIT, right before THAT ONE GUY left for that trip, he asked me if  he could borrow $100! We're all like, HE DID? He's like, Yeah, he said he was short $100 and really needed it for the trip! We're like, oh so did you let him borrow it??? He's like, Yeah, I mean, he was going to do The Lord's work, I didn't want him to be short so I gave him $100 to borrow...
.
I'm like, and he gave ME $100 for my birthday gift...that's soooo ironic...THEN IT ALL CLICKED...I'm like, WAAAAAAAAIIIIIIIT...
.
That means that the $100 dollars he gave me for my birthday, he ACTUALLY BORROWED FROM YOU MARK??? He's like, well I guess...that's what it looks like...We were like, HYSTERICALLY LAUGHING SOOOOOOOOOOOO HARD!!! I mean REALLY, can we say, GHETTOLICIOUS???
.
I'm like, I don't even have words...WOW...What can I say??? to borrow a HUGE amount of money, to give as a birthday gift, to a girl that didn't even like him!!! AHAHAHAHA!!!
.
Then i'm like, so how long was it before he paid you that $100 back??? Marks says, Well ACTUALLY, now that you mention it, HE NEVER DID!!! We're like, WHAAAAAAAAAAT??? More HYSTERICAL LAUGHTER!!!!!!!!! I'm like, now this REALLY IS TYPICAL OF HIM... to borrow a HUGE amount of money, to give as a birthday gift, to a girl that didn't even like him and for the cherry on top, to NOT EVEN PAY BACK THE POOR FRIEND HE BORROWED IT FROM!!!
.
I'm like, Okaaaaaaaaaaaay, now I REALLY AM SPEECHLESS, I can't think of ANYTHING TO SAY EXCEPT, your a really good friend annnnnnnnd...
THANKS MARK!!! 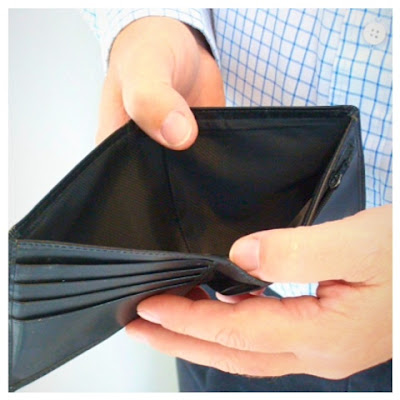 Lord bless you
for your generosity!!!
The work of The Lord was definitely ✔️ done at the mall for two weeks!!! (I mean really I personally think 🤔 the mall is a PERFECT PLACE TO DO OUTREACH… especially during the AZ summer!)
AHAHAHAHAHAHAHAHAHAHA!!!
AHAHAHAHAHAHAHAHAHAHA!!!
♥Mary Frances :)
P.S. Mark is a made up name!!! BUUUUUUUUUUUT If you go to LPC, My friend Mark, that let the guy that liked me borrow $100 for my birthday 🥳 gift, still goes to our church ⛪️ can you guess WHO HE IS??? He just may happen to be YOUR DAD, YOUR UNCLE OR YOUR HUSBAND!!!!;)
Posted by Mary Frances at 12:00:00 AM