This past Sunday, we had THE FUNNNNNEST everrrrr church picnic!!! I knew it was going to be good when we all realized that it was going to be a 106 (#ArizonaSpring) out annnnnnnnd the only way we could think to cope and NOT cancel the picnic was...
A WATER FIGHT!!! 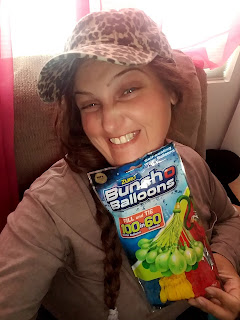 Of course, I immediately began plotting against the men...that's the way we roll, its always automatic, MEN VS WOMAN!!! Bro. Sam said the WAR CRY, which is; WE EAT HOT DOGS...annnnnnd that's it...those are FIGHTING WORDS!!!
.
It's a long story from when we were all teens, buuuuuuuuuuuuuuuut, we would all have these TPing wars, guys vs girls, weeeeeeelllll we would always get they guys buuuuuut they guys could neverrrr truly get me and T back because, IF they got our house, that means they got our three brothers, soooooooo we were basically safe, a lil tp on T's car buuuut that's it, mean while us girls were doing all kinds a stuff and we would always sign it, THE HOT DOGS WERE HERE...(Hot Dogs is an acronym for us girls, buuuuuut it's TOP SECRET, you have to be one of us TO KNOW...hee, hee!!!)

.
Weeeeeelllll one day, T and I were house sitting, SOME HOW, the guys found out where we were annnnnnnd in the middle of the night they got the house we were house sitting, we did NOT discover it UNTIL AFTER THE SPRINKLERS CAME ON...the people were coming home that day, soooooo we had to hustle....buuuuuuuuuuut the thing that topped it off is, they wrote on the car windows, WE EAT HOT DOGS!! I was like, OOOOOOOOOOOOOOOH NOOOOOOOOOOO THEY DIDN'T!!!! ahahahahahahaaa!!! eVERRR since then, FIGHTING WORDS!!! BAHAHAHAAAA!!! 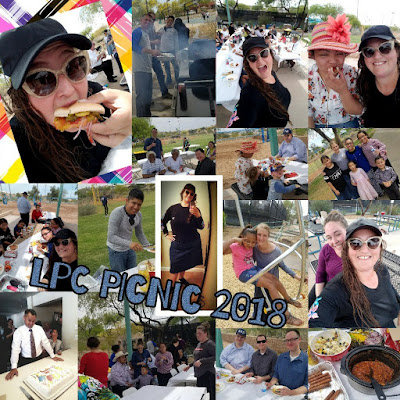 Sooooooooooooo of course I immediately started talking smack, I'm like, we're gonna cream you guys like CORN!!! Bro. Sam was like, NOT SO FAST HOT DOGS, and sends a pic of 600 water balloons and super soakers...annnnnnnd Stultz was like, we were trained to win blah, blah, blah...I was like, YEAH, that's what Goliath said...
RIGHT BEFORE HE FELL!!! 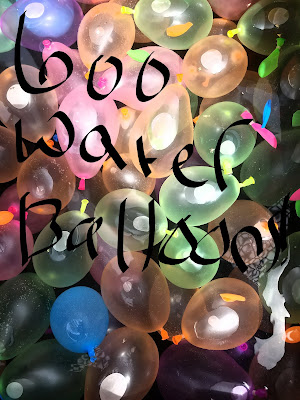 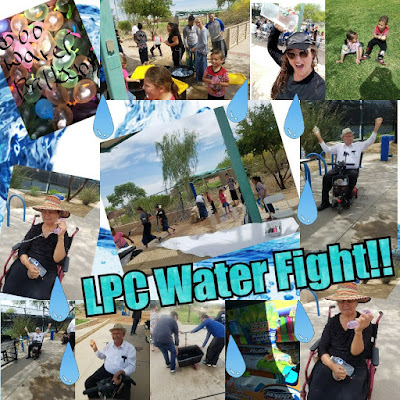 .
Annnnnnnnnnnnd I REFUSE to let the enemy have the first blow on me!!! 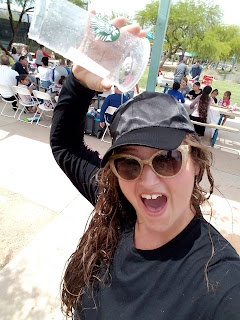 There were a few on lookers buuuuuuuuuuut just about everyone got involved...even Bishop Abbott, that's what I love about the Abbotts, they know how to have fun, when it's TIME TO HAVE FUNNN, annnnnnnd I won't mention any names, AHEM... buuuuuuuuuuut one of her sons, MAY HAVE GOTTEN Bishop Sis. Abbott over the head...altho she was soooooooooo HOT she asked for one on her back...buuuuuuuuuuuuut NOT HER HEAD...BAHAHAHAAA!!! She was like, OH YOUR IN TROUBLE NOW!!! Buuuuuuuuuuut she was laughing!!! 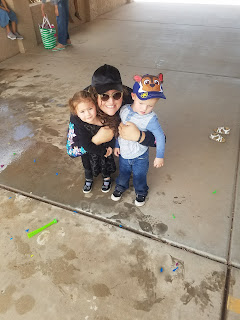 buuuuuuuuut SOMEHOW, despite him getting people, Pastor managed to stay quite dry because he stayed in his church clothes, sooooooooo when he changed to play clothes, we ALL came up with a plan to get him...buuuuuuuuuuut...you can NEVERRRR surprise pastor...NEVERRRRRRR!!!! 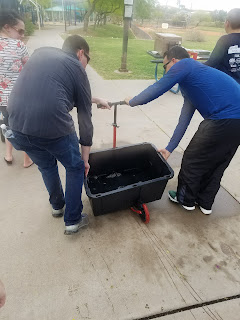 Bro. Sam was like, Weeeeeell the Bible says NOT to touch the Lord's anointed...I was like, BUUUUUUUUUUUUUUT EVEN JESUS GOT BAPTIZED!!! AHAHAHAHAAA!!!
.
Buuuuuuuuuuuuut I just want to say that MY HIGHLIGHT of the water fight was when I got Stultz like, SOOOOOOOOO GOOOOOOOD!!! We had all been fighting, buuuuuuuuuut you know, he wasn't DRENCHED...I saw him just standing there, things were starting to die down, he was laughing with some of the guys...

THEN, I saw a big bucket under a spout the kids had been using to fill up water guns, I was like, okaaaaaaaaaaaay Mary, it's NOW OR NEVERRRRR, CEASE THE MOMENT!!! I nonchalantly picked up the bucket and swiftly began walking up behind him, I thought that there was NOOOOOOOOOO WAAAAAAAAAYYYY he was NOT going to figure it out, BUUUUUUUUUUUUUT I PRAYED, annnnnnnnnnd you guys, THE LORD HEARD MY PRAYER annnnnnnnnnd he shined down on me!!!
.
In that moment, as I thrust the water over his head with HYSTERICAL LAUGHTER...in that moment...I KNEW, TRULY HE DOES ANSWER PRAYERS!!! Then I immediately broke out singing, Victory is mine, victory is mine, VICTORY TODAAAAAAAAAAAY IS MINE!!! Oh it was sooooooooooooooo AWESOME!!!
It was ACTUALLY pay back for THIS MOMENT about 6 years ago!!!
l
l
l
V 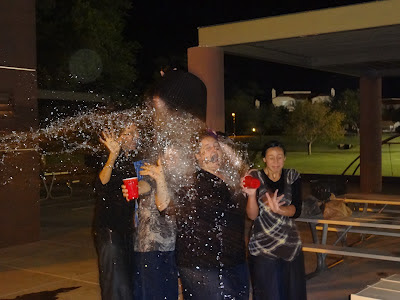 .
Anywayz, he was like, OH JUST WAIT, one day, when your least expecting it...I said, BRING IT BROTHERRRRR, BRING IT!!! BAHAHAAAAA!!! Rafael was like, did anyone get a picture of you getting Jon?! I was like, Noooooooo...I just had to cease the moment, I couldn't risk losing it for a picture, it was a sacrifice, buuuuuuuuuuuuuuuuuuut WELL WORTH IT!!! Bwahahahahahaaaaa!!!
.
BEST FRIENDS!!! 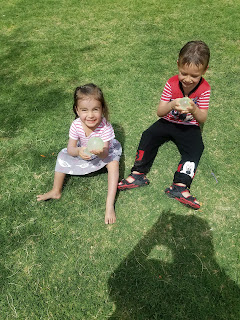 BEST ENEMIES!!!
Kinda sounds a little bit like...
LOOOOOOOOOVE!!!
HEEEEEEEEEEYYY!!!;)
.
Anywayz, were all just having such a blast, annnnnd you guys, I was talking sooooooooo much smack!!! AHAHAHAHAHAHAAA!!! 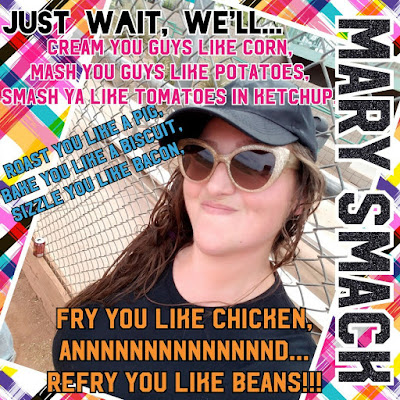 I was still talking smack during kick ball!!! I was like to the opposing team, hey you guys, I have a question for you all! They're like, what? I was like, I was just wondering, HOW DOES IT FEEL TO BE LOSING???  OF COURSE, I got tagged out EVERY TIME I kicked, buuuuuuuut when I left base I just SMIRKED and said, BUUUUUT WE'RE STILL WINNING!!! Pastor was like, WOW, SHE'S STILL TRASH TALKING EVEN WHEN SHE GETS OUT!!! 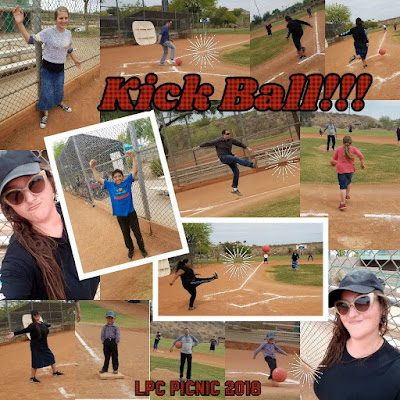 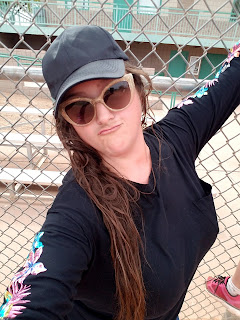 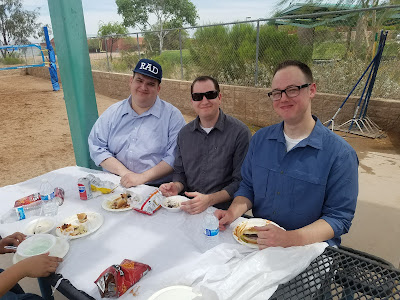 FROM OTHA MOTHAS!!!!
Visitors from ROSWELL!!! 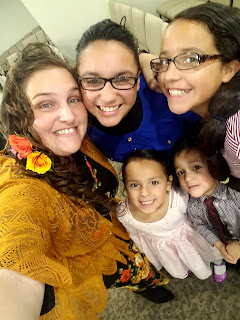 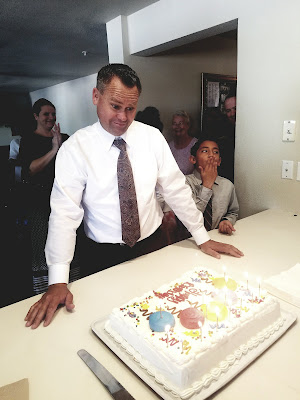 He just LOOOOOVES celebrating birthdays...soooooooo if you see him, or if you missed it buuuuut have the chance, BE SURE TO WISH HIM A HAPPY BIRTHDAY...May 4th...remember that...sing to him...He'll just LOOOOOVE THAT!!! *Bwahahahahahahahaaa!!!!
.
Eating my AMAAAAAZING BURGER!!! I may only be able to eat half, buuuuuuuuut I don't play with what I can eat!!! I put, mayo, ketchup, onions, pickles, relish annnnnnnd HOLLApenos on it!!!!
it was soooooooooooo
YUMMMMMMMM!!!! 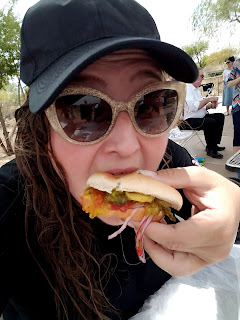 LPC GIRL FOREVERRRR!!!
(it'll take someone pretty AMAZING to everrrr change that!!! ;)
Anywayz, it was just an over all FUUUUUNNNN DAY!!! I soooooooooo LOVE MY CHURCH!!! Soooooooooo glad to be a part of the family of God!!!
.
ANNNNNNNND ONLY WE LPC PEEPS CAN BRAG ANNNNNND SAY... 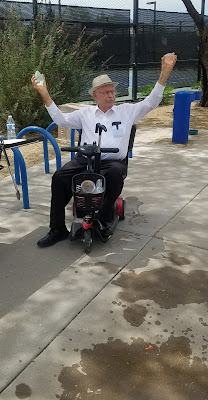 The rest of you all out there may get his preaching and singing, buuuuuuuuuuuuuut we get THE WATER BALLOONS!!!
Don't be JELLY!!!
HEEEEEEEEEYYYY!!!
♥Mary Frances :)
Posted by Mary Frances at 8:17:00 PM