Which would you rather???

Sooooooooooooo on the way to SoCal, as I said earlier we were listening to Anne Of Green Gables and Anne and her friend discuss this question, Which would you rather be: Divinely beautiful, or dazzingly  clever or angelically good?! We all discussed it annnnnnd I'm just like, okaaaaaaaaaaaay sooooooooooooooooo BASICALLY WHAT YOUR ASKING ME IS:
.
WHICH TWO OF THESE THREE TRAITS CAN I LIVE WITHOUT???? 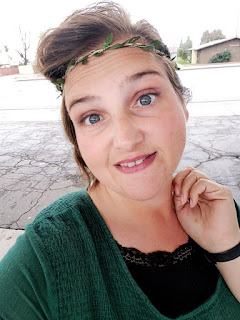 AHAHAHAHAHAHAHAHAHAHAHAHAHAAAAAAA!!!
Good one Mary!!!!
Okaaaaaaaaaaay so for REALZ tho, I think out of these three I would pick DAZZINGLY CLEVER!!! Just cuz it seems like if your really clever you wouldn't really need to all that good looking! Plus it leans more onto your personality and I would NEVERRRR want to lose my personality...because, personality is ME!! Looks is only what HOLDS ME!!! What holds me can be damaged or lost or whateverrrr...buuuuuut I would never want to actually lose ME...cuz I mean....ME IS ME...I would pick my Maryness over good looks a million times over!!!
(Not to say I can't have both...HEEEEEEEEEYYY!!!;)
♥Mary Frances :)
Posted by Mary Frances at 10:48:00 PM