So little O is realizing lately that certain things are for girls and certain things are for boys. Which, in this day in age is a GOOD thing to be realizing!!! Well first on for most on his list is PINK is for girls. Second, GLITTER is for girls! Any stuff animal that had glitter on its collar or any where else was given to SISTER!!! Well if pink is for girls, so is purple! AND blue, green, red, orange and brown are FOR BOYS!!! Weeeeeeeelllll I personally think that's being a little stingy with the color schemes since I happen to LOOOOOOOOVE COLORS!!!!
.
So I was like, well O girls can wear blue too!!! He was like, NOOOOO it's boys!!! So I was like, well if blue is for boys, then WHY are my eyes blue??? He looks at me with a glare and says, YOUR EYES ARE NOT BLUE AUNT MARY!!!! I'm like, LOOK AT THEM, they're blue!!!!! He's like, they are NOT!!! So i'm like, okaaaaaaaay fine, if they're NOT blue, what color are they then???? So he looks at my eyes, and he's looking and looking and looking and just staring at them, I thought he would back down and finally say, OH they are blue! Buuuuuuuut NO the kid just keeps staring and concentrating, then FINALLY with a look of triumph he says, PURPLE!!!
YOUR EYES ARE PURPLE!!!! 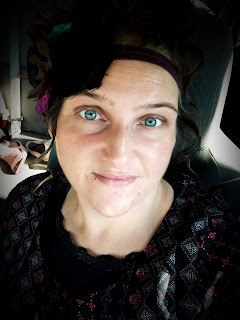 I mean, I gotta give the kid credit for coming up with that! Especially since when I was a kid, purple eyes would have made me VERY HAPPY!!! Blue eyes were pretty much my childhood-trial-of-the-faith!!! People would oooooh and ahhhhh over my eyes, buuuuuuuut all it meant to me was that people always gave me blue things!!! When my mom bought me and my sister clothes, she would almost always get us the same, but my sisters would be the beloved PINK and mine would be BLUE!!! I would wine, WHY can't I have pink???? Blue is boys!!! And my mom would say, because, you have blue eyes!!! and me, BUUUUUUUT blue is for BOYS and Theresa doesn't have PINK EYES, it's NOT fair!!!
.
Ironically, as and adult, my two favorite colors are PINK annnnnnnnd BLUE!!! Pink because, well, it's PIIIIIIIIIIIIIIINK!!! 😍 And blue because I finally realized WHY my mom kept putting me in it, I LOOOOOOK GOOD IN IT!!! Gotta love a color for doing that for one right?!?! LOL
.
BUUUUUUUUUUUUUUUUUT I like PURPLE too! Because, purple was my mom's favorite color and because it's for girls annnnnnnd BECAUSE I LOOK GOOD IN IT TOO!!!! AHAHAHAHAAAA!!! So if the kid says I have purple eyes, theeeeeeeeeeeeeennnn…
.
PURPLE EYES I HAVE!!! 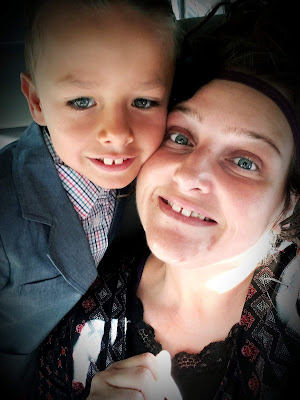