Soooooooo a few Wednesday nights ago, my pastor got up to preach, and he says to everyone to sit down, so we all sit down. Then he says THE MOST SHOCKING THING TO MY EARS...
.
I have a lot of texts I need to read...
.
I'm just sitting there like, WAIT, your gonna read your text messages before preaching???  I'm just COMPLETELY FLOORED!!!
.
Buuuuuut at the same time, i'm like, weeeeeellll...I've probably gotten a lot of text messages sent to my phone since church started...should I catch up on my phone texts before he starts preaching too???
.
Like legit, ONE HAND is reaching to my phone and the other part of me is like, NO don't get your phone out during church...buuuuuuuuuuut Pastor is gonna read his texts...I'm having this battle in my mind when my pastor says...
.
So now if you'll all stand and open your Bibles,
MY FIRST TEXT
I'M GOING TO READ TONIGHT IS... 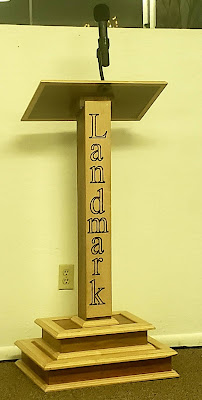 I was liiiiiiiiiike, OOOOOOOOH, he means he has a lot of texts to read from THE BIBLE!!! Weeeeeeeeeeeeeeeeeeeeeeeeeeeeeeeeelllllll that makes A LOT MORE SENSE!!! AHAHAHAHAHAAA!!!
.
Apparently, when I asked everyone after church if they too had thought Pastor meant it was time to read text messages on the phone, I WAS THE ONLY ONE that was confused...WHATEVERRR!!! LOLOLOL
♥Mary Frances :)
Posted by Mary Frances at 12:53:00 PM